Let me help you steal the show. 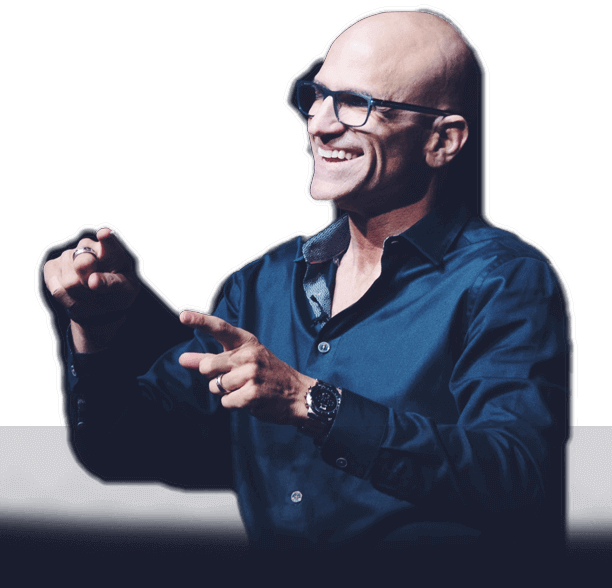 Happy to see you here.
Grab a book. I have nine of them. 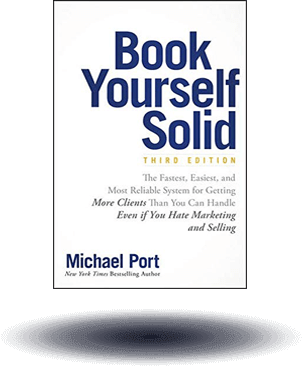 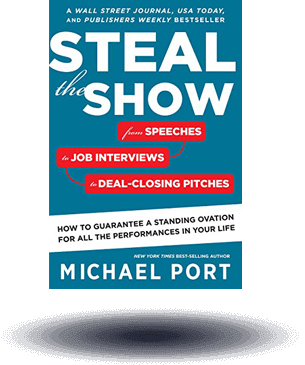 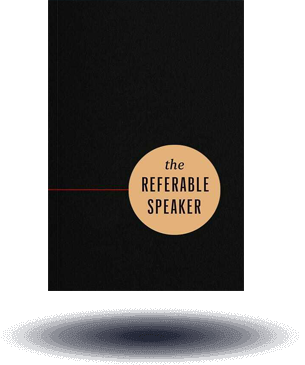 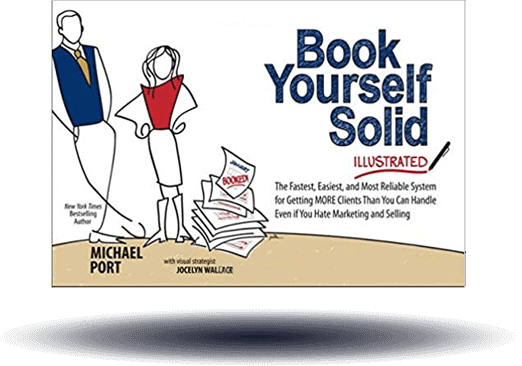 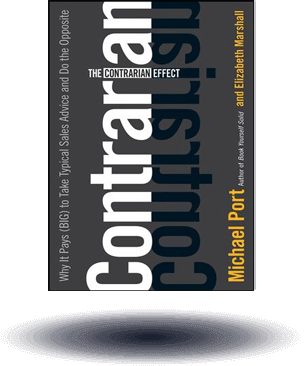 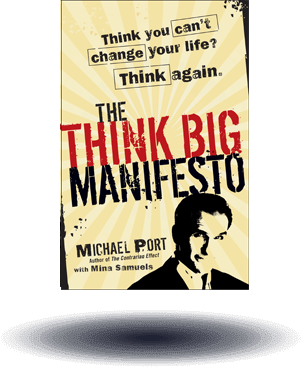 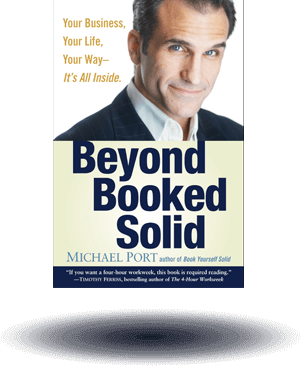 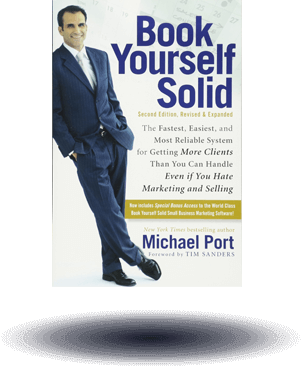 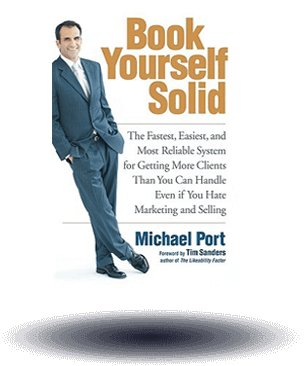 After a few years, I decided that the actors’ lifestyle wasn’t for me so I talked my way into a job in the fitness industry (on the business side) for which I was, seemingly, unqualified. I told them I didn’t have any of the experience they were looking for but made my pitch about why they should still choose me. No one was more surprised than I was when it worked.

A series of promotions put me in a position where I was responsible for big budgets and hundreds of employees and contractors. It was a great training ground for my next step into business consulting. At first, I focused on the industry I knew well but then, after writing Book Yourself Solid in 2005, I expanded into other industries.

Before I knew it, hundreds of thousands of people had read Book Yourself Solid and I’d spoken in front of audiences in the millions.

Over the last two decades, I’ve written eight books which have been translated into 29 languages, including my most recent, Steal the Show. A few of them have become perennial bestsellers and have made it onto the bestseller lists of the NY Times, Wall Street Journal, and USA Today, among others. Not too bad for someone who was told by his fourth grade teacher that he had the worst spelling she’d seen in 25 years of teaching.

I’ve since combined my acting training and business background to build Heroic Public Speaking Worldwide. Together, with my wife and co-founder, Amy Port, at our 10,000 square-foot headquarters in New Jersey, we offer the most complete (and effective) speaker training in the world. We teach speakers what actors know about how to give better performances during keynotes, breakouts, and even workshops. Our clients include CEOs and founders, Admirals, Navy Seals, and FBI agents, Olympians, politicians (but only the nice ones), bestselling authors, small business owners, and people leading movements and advancing important causes.

While we write with intent and attempt to describe Heroic Public Speaking in the most impactful way possible, there is nothing that we can say that could ever be more important than the honest and transparent testimonials and reviews from our students.

Below you’ll find a little form that you can use to contact me. You can also just send an email to questions@heroicpublicspeaking.com. In the spirit of full disclosure, I should let you know that your email will go to our help desk. But, if it’s meant for me, it’ll get filtered into my inbox within a few days.

In the meantime, keep thinking big about who you are and what you offer the world.

Michael Port is the author of nine books, which have been translated into twenty-nine languages. A few of them have become perennial bestsellers and made it onto such lists as the New York Times, the Wall Street Journal, and USA Today. Some have won awards from 800-ceo-read and Amazon. After delivering thousands of paid speeches on the world’s biggest stages, Michael and his wife, Amy, built Heroic Public Speaking HQ , a performance training center, to develop and nurture the next generation of professional speakers along with CEOs and founders, bestselling authors, business owners, and people leading movements and advancing important causes. More at www.HeroicPublicSpeaking.com.

Enough about me. Why are YOU here?